Don't Judge a Person by Their Cover-up 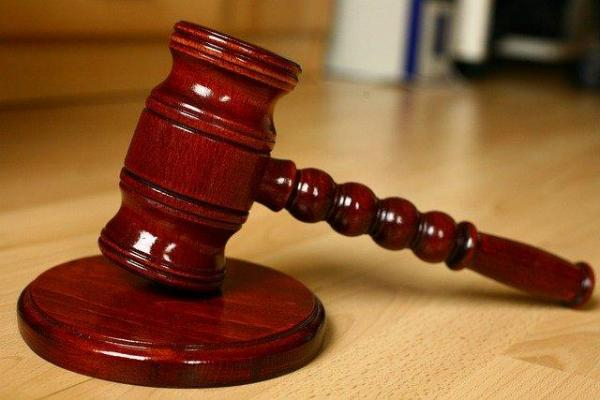 Have you ever had one of those Déjà vu moments? The other week I was in the shopping mall to pick up some items for the Gracious Mistress of the Parsonage. She shops so much that I have to help her on occasion.

On this occasion, I was walking down the mall and stopped dead in my tracks. Coming at me was someone that looked like my old aunt Elsie. She had the same hairdo, wearing the same clothes, and I was shocked because aunt Elsie died over 20 years ago.

I did have a moment of temptation that I wanted to go up and ask her if she was aunt Elsie. I feared that she would answer me, "Yes, and what's that to you?"

That would have convinced me that it was indeed aunt Elsie.

I just let her walk by and tried not even to glance in her direction.

Aunt Elsie was one of the relatives in my family that goes way back. Once you met her, you would never forget her for shore. She was one of those kinds of people.

What you thought of her the first time you met her was not who she really was.

At first, you thought she was a sweet, darling older lady. She did have an infectious smile when you first met her. But believe me, first impressions sometimes are the opposite of reality.

I suppose everybody has an aunt like aunt Elsie. She has taught me one thing: don't judge people by their cover up. They may not be who you think they are. And such was aunt Elsie.

She was always trying to bring everything to focus on her.

If you went to a family picnic, the whole conversation had to be focused on her. No matter what anybody was saying, she would interrupt them and say something about herself that she wanted people to know. It didn't matter if what she was saying was true or not, just that she was getting the attention she wanted.

She always wanted people to think that she was a lot sicker than she actually was.

As soon as she would walk into a crowd, she would begin coughing and then blow her nose. That little act would draw attention to her, attention she wanted. It didn't matter to her if the attention was good, bad, or indifferent. What mattered to her was the attention.

She wanted people to think she had some physical problems, and often she would walk very slowly with her distinctive limp. Sometimes she would use a cane and go struggling along, which usually got the attention she wanted.

When she was struggling along like that, people would open doors, smile at her, and give her a good greeting.

She would say, “Thank you so much. I really need all the help I can get.”

They would think they were doing a good deed for the day, but the only thing they were doing was playing up to her narcissism. I must say she was an excellent actress and nobody knew it.

One day she asked if I could take her to the mall to do some shopping.

When she asked me this, I thought this was my opportunity to determine what was going on with her.

“Oh,” I said enthusiastically, “I’d be glad to take you to the mall.”

We got to the mall, I helped her out of the car and helped her as she limped up to the door for the shopping mall.

When she got in, I said, "Aunt Elsie, can you take care of yourself? I need to go to the other end of the mall and pick up some items."

She looked at me with one of her sad looks and said, "Okay, but don't be long. I don't have that much energy today."

As we went our separate ways, I noticed that she was limping along as she usually did. So I thought I would follow her without notice.

I was hiding and watching her and noticed she stopped, looked back to see if I was anywhere in sight, and then strutted off like she was a teenager. No limping at all.

"Aha," I said to myself. I was right. She's been playing us all these years and doing an excellent job of it.

I smiled very gingerly and went and got an item, so she knew I wasn't fooling with her.

When I met her, she was limping along carrying a bag, and when she saw me, she said, "Could you please carry my bag for me? It's just too heavy for me to carry."

I smiled and said, "Oh, aunt Elsie, I would be glad to carry that bag for you. I know it must be a great burden for you to carry in your condition."

As I took the bag from her, she smiled, nodded her head, and we went out to the car, and I took her home.

I've kept this secret all my life because I had something on and Elsie and she didn't know it.

I thought of the Scripture that encourages me. "Let nothing be done through strife or vainglory; but in lowliness of mind let each esteem other better than themselves” (Philippians 2:3).

Even though I know what I know, my job is to encourage someone like aunt Elsie and try to give them what they need at the time.