I Sure Do Miss St. Sanity 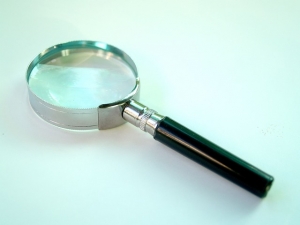 The Gracious Mistress of the Parsonage and me recently celebrated our 48th wedding anniversary. It sure does not seem we have been married that long. I guess, as you get older, according to my grandmother, time goes faster. If that is true, I must be getting older.

We met in September, became engaged in February of the following year and in August of that year we had our “I Do” ceremony.

As a naïve young man, I did not know that that “I Do” meant that for the rest of my life I would “Do.” I must say I have tried to keep up to that sacred covenant for all these years.

Confession is in order here, and I must say that on the wife’s side of this relationship, the “I Do” covenant has been faithfully upheld.

I will admit that our marriage has not been perfect. After all, look who my wife has to deal with every day! And deal with, she has most successfully. If I were playing cards, she would have dealt a winning hand every time.

After all these years, things have changed quite a bit. I acknowledge that as normal. Nothing ever remains the same I’m sure. Some things I do not want to remain the same.

In some ways, I wish my age would remain the same, but that would be a very difficult thing to maintain. How can you tell people you are 20 years old when you look like 80? I have seen some research that says that 60 are the new 40. I can only hope.

We have had quite a trip down through these years. There have been children, then grandchildren, and then great-grandchildren. The Gracious Mistress of the Parsonage keeps these birthdays all up to date. My responsibility is buying the birthday card.

In spite of all the wonderful things we have experienced through the years, one thing I really miss.

To be honest, there are many things that I missed down through the years. This year I celebrate the 50th anniversary of my graduating from high school. I sure miss those days, but we got together and acted like fools, although some of us were not acting.

Of all the things I have missed, there is only one that rings a bell with me.

The thing I miss today is good old St. Sanity.

I am old enough to remember the time when St. Sanity ruled the day. I must say that I sure miss him a lot today.

It is not that I have not looked for him. I have but to date I have not found him.

Of course, when I was younger we did not even have TV let alone Internet and cell phones. I spent a lot of time in that place quite unfamiliar today called the library. I had wonderful memories of time in the library. For those who do not know, a library is a place where they had books.

Looking around at the culture today, all I see is Ms. Insanity and boy is she popular.

During a recent trip I spent time listening to the radio and particularly some of the modern music. I am not quite sure what modern music is but I tried listening.

I remember the time when you could listen to music, hear the words and phrases, understand what they were saying and it all made sense. Now, not only can’t I hear the words because of the beating of the drums in the background, but none of the words make sense.

Ms. Insanity has taken over the music industry.

One night the wife and I were watching a late TV show that had a contemporary comedian. I never heard of the person and as I was listening to him, I was not hearing him. I could barely make out the sentences and none of it really made sense. If that was humor, I am not laughing. I would like to share an example but I cannot remember anything that he said.

People laugh at Ms. Insanity because that is the expected thing to do.

Ms. Insanity has taken over the comedy industry.

I am not a big fan of politics. There was a political program on the other night my wife and I were watching. At first, I thought it was a comedy routine and my wife and I laughed and laughed.

As my wife was laughing she said, “Nobody is that stupid to say something that stupid.” She laughed hysterically along with me.

Ms. Insanity has taken over politics to the point that sanity has been voted out.

As we were watching this political program, it occurred to me that this was not a comedy routine. What these people were saying was exactly what they believed. At least what they wanted me to believe they believed.

“You know,” I whispered to my wife, “these people are not trying to be funny.”

Looking at me rather weirdly, my wife said, “Oh, you silly boy, yes they are.”

As we were laughing together, I could not help but think of what Jesus said. “Blessed are they which do hunger and thirst after righteousness: for they shall be filled” (Matthew 5:6).

There may not be many sane people in this world today, but that is not going to stop me from hungering and thirsting after the things of God.