I Sure Miss My Old Typewriter 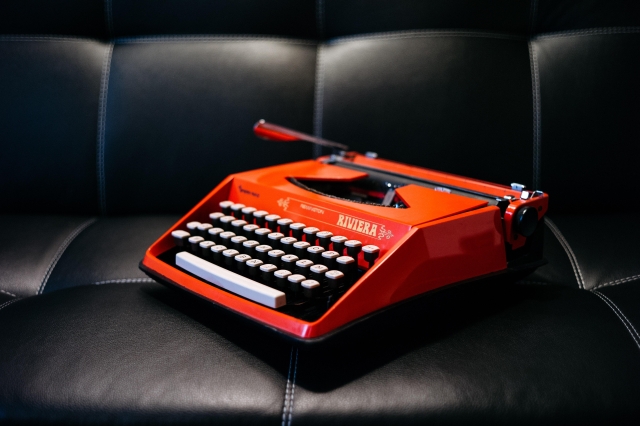 I was going through my office the other day looking for something, and then I saw it for the first time in many years. It was my old typewriter.

Most people today have no idea what the typewriter is. I remember, however, my very first typewriter. I was so excited to get it and begin writing with it. I wrote a bunch of poems on that typewriter, and I sure wish I had copies of those poems.

Up until I got my typewriter, I was writing everything by hand, which can get very tiring after a while. There were typewriters in my school, and I went to a class to learn how to use a typewriter. However, I had no typewriter at home.

That Christmas, my parents surprised me with my very own typewriter. I was so excited about it, and I spent a lot of time typing nonsense. I used that typewriter for many years, and it was quite a companion with me.

Then I decided to upgrade to an electric typewriter. That was a significant upgrade for me. An afterthought: I wished I would've kept that first typewriter. When I got the electric typewriter, I could type faster than I was ever able to type before. I could not keep enough paper in the typewriter while typing.

Using those typewriters, you put in one sheet at a time, but since I knew nothing better, it was a wonderful thing. I went through a lot of paper.

In those old typewriters, what you typed was exactly what you got. If you mistyped a word, it was mistyped. I cannot remember how many times I yanked the paper out of the typewriter, put in a new piece and started typing all over again.

The problem was, when I made a typo on the first page, it went all the way through to the last page. You could not fool those carbon copies. What was on one was precisely on the other.

I was thinking about that the other day and was wondering how I used up a forest of trees just learning to type.

That typewriter was a friend of mine, and we worked like a well-oiled machine. The thing about that typewriter, it never tried to correct me. It always went along with what I said and wrote — and never talked back to me. I was actually in charge.

I could always tell where my typewriter was because it was where I put it, and it never moved. To move that typewriter would have been a big job, and so it always remained on my desk in my room exactly where I put it. I could not take it traveling with me; I had to use it where it was.

At the time, I thought I had no better friend than that old typewriter of mine. To look at it now, I kinda smile as I remember how things have changed.

I was writing my first book, typing each page, when I learned about this new thingamajig called a computer. Well, I was not going to get anything modern. I was going to do things the old way. After all, Ernest Hemingway did all his typing on a typewriter.

The more I learned about these computers, the more interested I became. According to the people I was talking to, I could increase my output 100 times faster. I initially did not believe that.

Finally, halfway through that first book, I decided to switch over to a computer. Those first computers had no hard drive, so you had to put a floppy disk in to run any program that you might be using. You also had to save what you were writing to a floppy disk.

I set that new computer up in my office and started fiddling around with it to try to understand how it worked. Much to my surprise, the more I fiddled, the more I liked the music I was hearing.

I did not have to use paper until the manuscript was completed and I could print it out on a printer. If I made a typo, I could correct it right there on the screen, no problem.

Getting adjusted to it was difficult for me. I remember the first chapter I did and worked very hard to complete, but I forgot to save it on a disk and lost that whole chapter. I was a little provoked because my old typewriter would never have done that!

Through the years, I have regularly upgraded my computers to the point where I do not have to do much typing anymore. I can dictate into my computer and see words appear on the screen.

Maybe the way I do certain things today has changed, but the message is always the same. Techniques change, but words never will.