In My Humble Opinion 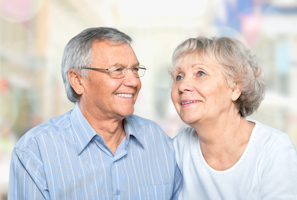 It was a busy week last week. I was chasing my tail so much, I thought I would actually catch it. What I would do after I caught it is beyond my imagination.

However, I was quite busy, and then the mail came.

Whenever the mail comes, I’m always expecting “the check.” Rarely do I get it, but my expectation is that I will get a $10,000 check. I don’t know from whom.

“What are you going to the mailbox for?” The Gracious Mistress of the Parsonage would ask. “Are you looking for your $10,000 check?”

This time the mail brought me a package from one of my relatives. It turned out to be old pictures of my family from decades ago. Most of them were black-and-white, so you can imagine how old they were.

As I was going through these photographs, I could hardly recognize most of them. According to the letter in the package, they were my relatives. Most had been dead for 40 to 50 years. I cannot remember what I had for breakfast this morning, let alone a relative 50 years ago.

Then I hit that “aha” moment. There was a picture of a relative I had long ago forgotten about. Why I forgot about him, I will never know. He actually died almost 50 years ago.

When I saw that picture, I had to call my wife over to show her.

“This is a picture of Uncle Frank.” I leaned back and smiled, thinking of him and all the antics associated with him.

“Have I ever met your Uncle Frank?”

I looked at my wife, smiled, and said, "No, my dear, you would have remembered him if you did."

He was a good person in many regards; very congenial and generous and happy all the time. However, his timing was not really that good, and what he said never aligned with what was happening at the time.

His wife, Aunt Betty, always got frustrated at her husband when he was interrupting her conversations. He did that quite often, much to her chagrin. And believe me, her “cha” didn't grin that much.

In the middle of a conversation, Uncle Frank would break in and say, “In my humble opinion…” Then he would take the conversation off in the direction nobody could have ever expected. He had the knack of messing up conversations to the point that nobody knew what anybody was talking about.

If, for example, somebody was talking about politics, Uncle Frank would say, "In my humble opinion, the Red Sox are going to win the World Series…" And for the next five or six minutes, he would be talking about baseball, which had nothing whatsoever to do with the conversation he interrupted.

By the time he was done, nobody could remember what in the world they were talking about before.

I never really knew if Uncle Frank did that on purpose or if it just came naturally to him. I would have liked to have gotten to know him a little better because I am suspicious that he did it most of the time on purpose.

One time, I wish that I could have been there then, it all came to a head.

I think it was in a church setting, but a group of people was together talking about something. I do not know what the conversation was about, and I wish I‘d been there. But it was at that point that everything came to a head with good old Uncle Frank.

As the conversation was getting along all of a sudden, Uncle Frank said, “In my humble opinion…” At that moment, Aunt Betty had enough, jumped in, and took control of the situation.

"Frank," she said in a very stern voice, "you are not humble, and nobody is interested in any opinion you might have."

According to the report I was given, everybody went silent and tried looking in the opposite direction because Aunt Betty was staring at Uncle Frank as he had never been stared at before or since.

From that moment on, nobody ever heard Uncle Frank ever say again the words, “In my humble opinion…”

My wife laughed rather heartily as I told her this story. I wish she could have met him because he was quite a character. I must say, as I think about that situation, my wife reminds me a lot of good ole Aunt Betty.

Later on that day, we were involved in something; she was talking about the plans that we needed to make, and I interrupted her by saying, "In my humble opinion…" That is as far as I got because she immediately jumped in and said, “Now I know who reminds me of Uncle Frank.”

A verse of Scripture came to my mind at that time. “Likewise, ye younger, submit yourselves unto the elder. Yea, all of you be subject one to another, and be clothed with humility: for God resisteth the proud, and giveth grace to the humble” (1 Peter 5:5).

What I have learned is that humble people rarely give their opinion.