It is all in the Celebration of Contradiction 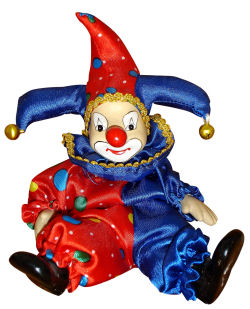 I was enjoying an early morning on the back porch with a steaming hot cup of coffee and celebrating the new day. After all, the winter was far behind me and Spring has sprung, finally. I was enjoying the early morning when the Gracious Mistress of the Parsonage startled me with her appearance. I thought she was still in her bedroom but, lo and behold, here she was in all her robe-optic glory.

"Don’t you think this week is full of contradictions?" She queried.

Not knowing what she was talking about and thinking I might be in some kind of trouble, I told her I did not quite understand what she was getting at. My basic philosophy of life is simply this, if in doubt...don't. I cannot tell you how many unpleasant experiences this has saved me.

"Well," my wife tried explaining to me, "Here we are this week celebrating two holidays. Don’t you think that is rather a strange contradiction in holidays?"

What I thought was strange was her plying me with questions that I had no understanding of what she was getting at. Furthermore, it would be the epitome of strangeness if I tried to answer in some intelligent form without understanding where she was coming from.

I learned a long time ago that it is better to agree with what you don’t know than explaining why you disagree. I confessed to her that I had no idea what she was talking about.

Then she explained the situation to me and I had one of those "Ah" moments. Occasionally I have one of these moments. Usually, and I am not complaining, it is when I am talking to my wife, or rather, she is talking to me.

What she was referring to were the two holidays celebrated within several days of each other. The first being, of course, April Fools Day and the second, Easter Sunday. I had to agree with her it was rather a strange sort of affairs. There could not be two more diverse holidays to celebrate than these.

On the one hand, we have April Fools Day. This is the primary atheist holiday and I base that on the Bible. "The fool hath said in his heart, There is no God. They are corrupt, they have done abominable works, there is none that doeth good" (Psalms 14:1 KJV).

Of course, I do not believe in atheists. I have never met an atheist in my entire life. I have met people who said they were atheists, but I never believed it. Every time an atheist gets in trouble, he blames it on God. Remember 9/11? Now, if he really does not believe in God, why does he blame things on God?

I must give credit to these people who think they are atheists. They firmly believe that there is no God despite the evidence to the contrary.

Take the controversy between evolution and creationism. After all the efforts by so-called experts, nobody has come up with any solid proof supporting the theory of evolution. Despite the labors of many to prove otherwise, the evidence supporting creationism is overwhelming. For someone to reject solid facts and then cling on to an unproven theory has to be the epitome of foolishness.

As my wife and I continued talking about this, she made a very good point. Her point being, that after 2,000 years of vicious attacks on the Bible to prove it wrong, nobody has ever come up with any proof that it is false. Not one word of the Bible has ever been proven to be false or in error.

That being true, it is important to know what the Bible has to say, particularly about me and my relationship with the God of the Bible. The plight of my life and eternity rests on the truths found in the Scripture.

As I see it, the difference between an atheist and a Christian is simply this; an atheist lives in the world of blatant denial of truth while the Christian lives his whole life on the solid foundation of truth as revealed in the Bible.

In celebrating Easter this year, we have something wonderful to rejoice in. On the one hand, we have the fool who says there is no God followed by the marvelous truth of the resurrection of Jesus Christ. What's more spectacular is simply this. Between these two events, we have Good Friday, when Jesus died on the cross for the sins of the world. If it was not for Good Friday, we could never get from April Fools' Day to celebrating the resurrected and glorified Jesus Christ.

This week I choose to celebrate the resurrection of Jesus Christ with the calm assurance that it is true.


The Rev. James L. Snyder is pastor of the Family of God Fellowship, 1471 Pine Road, Ocala, FL 34472. He lives with his wife, Martha, in Silver Springs Shores. Call him at 352-687-4240 or e-mail This email address is being protected from spambots. You need JavaScript enabled to view it.. The church web site is www.whatafellowship.com.