It Was One of Those Weeks 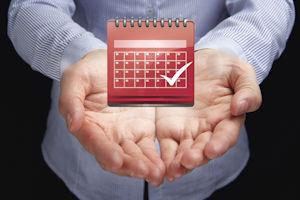 It my stage in life, I have experienced a gazillion weeks. I thought about actually counting how many weeks I have lived, but I don’t have that many fingers or toes. It doesn’t matter how many weeks it is.

I have lived enough weeks to know, when you think you have experienced everything there is to experience, then another week shows itself. No matter how bad a week can be another week can always be worse.

On the other side, no matter how good a week can be, another week can be better.

I do have one complaint this week. Who was that knucklehead that invented the telephone? I would like to call him and give him a piece of my mind if I have any pieces left.

(Does anybody write letters anymore?)

Imagine how quiet my life would be if nobody could call me?

The telephone was one thing, now we have these sophisticated gadgets called cell phones. I know why they’re called “cell” phones. Simply, because they are contemporary prisons and we are imprisoned for life.

Don’t let this get around, there are days that I “forget” my cell phone and leave it at home. I must confess they are wonderful days of quietness and serenity. To have a whole day when nobody can get a hold of you has to be a day in paradise.

This week has been one of those weeks that certainly qualifies for the prize for being the most aggravating week in my life. There may not be cell phones in heaven, but I’m pretty certain there are cell phones in that “other place.”

It all started on Monday morning. That’s when the week starts and my week took off this Monday morning. I start every week with a positive expectation. It doesn’t last long but at least I start that way.

I was going out the door to go to the office when the Gracious Mistress of the Parsonage said, “Do you have your phone with you?”

One of the things I have learned during my matrimonial adventure is not to lie, especially to my wife. I don’t know what it is about wives, but they can smell a lie five hours before you tell it. At least that’s what happens at my house.

“Oh no,” I said. Then I went, got my cell phone and left for the office.

I didn’t turn the phone on until I got to my office and was getting situated to begin my week’s work. As soon as I set down the phone started ringing. That may be why they call it a smartphone.

It was one of those telemarketing calls that I get all the time. My memory isn’t what it used to be, I know, but I cannot remember one call that I answered that had anything good about it. I think if I had a good call, I would remember it.

Two times a day this past week I received that call that somebody in our house had a hearing problem. To be honest, my problem is not hearing, but rather listening.

I can hear everything the Gracious Mistress of the Parsonage says, but most of the time I’m not listening. I wonder if they have some kind of a solution for that.

Obviously, the company calling has a hearing problem or is it a listening problem, because they have been calling every day.

A similar call has been concerning the fact that someone in our house has a pain problem.

If only there was a real person talking that I could talk back to and say the only real pain problem I have is with somebody like you calling me. But it’s a recorded call and I can’t respond to it.

Just when I was getting deep into a project, the phone would ring. When that phone rings, I am rather frustrated. I don’t mind people calling me who want to talk about some things. I just don’t want these Robocalls, calling me with stuff I don’t need.

As the week developed, I got more frustrated and more frustrated. What’s a person to do when there’s not anything you can do about these phone calls?

Of course, by Thursday I did get an actual person that was calling me live. I was so frustrated that I didn’t know exactly how to deal with this person. Do I pour all my frustration on that person?

Then I had a thought tiptoe through the little gray cells in my cranium. That thought was, why don’t I respond to this person in gibberish. If anybody is good at gibberish, it’s a pastor. I’ve been a pastor for so long that I should have some kind of a PhD in gibberish.

A few moments talking gibberish to this person on the phone released me of all my frustration for the week. Now the person on the other end of the phone was getting frustrated.

It was one of those weeks that was most frustrating, but then I learned to take that frustration and spin it into gibberish.

I was thinking of what Solomon once said. “It is as sport to a fool to do mischief: but a man of understanding hath wisdom” (Proverbs 10:23).

My desire is not to let the words of fools frustrate me, but to nourish my mind and soul on the wisdom of God.