It's déjà vu all over again 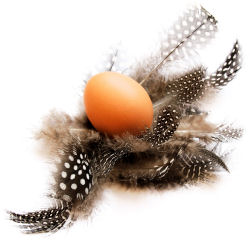 New Year's Day was filled with lots of excitement, plenty of grandchildren running around and enough food on the table to eliminate world hunger. Actually, it did eliminate my ravishing hunger, at least for the day.

Both the Gracious Mistress of the Parsonage and Yours Truly simultaneously signed a deep sigh. My wife sat in her chair thinking and I, reclining in my chair musing. Believe me, we both had a lot to think about and muse over.

The difference between thinking and musing is quite profound. Thinking requires a lot of hard work while musing is closely related to amusing, although I am not quite sure about the connection. All I know is it takes less energy to muse than it does to think and I'm all for saving energy.

I had just gotten into a rather delightful muse when my wife made a very startling announcement.

"Well," she said most thoughtfully, "I guess this is the start of a brand-new year."

I was too deep into my muse to do more than grunt affirmatively.

Then I began to think, which sapped me of a lot of energy at the time. Although my wife was not wrong in her observation (she is never wrong about anything) she was not exactly right. However, being the man of the house, not to mention not having enough energy to put up a good front, I did not call her on it. But I thought on it some more.

Everybody says this is a new year that has never been lived before. And I would like to challenge that kind of thinking. I have an eerie feeling that I have been here before.

I am not sure if my muse got mixed up with my thinking but at the end of the exercise, I came to several startling conclusions. The biggest conclusion is there is nothing new about the New Year.

Do not take my word for it, do some thinking on your own. Okay, it's a little too early in the year to do heavy thinking so maybe some light musing might be more in order.

If I remember correctly, and I must check last year's calendar, but wasn't it January last year at this time? In fact, I think for the past couple thousand years there has always been a January. Nothing new about January. In my lifetime, I have seen 65 Januarys. At the time, everybody said it was new. What I want to know is, when does the newness wear off? When is somebody going to stand up and honestly say, "Welcome to another old year."

Then, just as my muse was catching a second wind, I thought of some other inconsistencies about this so-called New Year hoax.

If I remember correctly, last January there were seven days in a week; Monday, Tuesday, Wednesday, Thursday, Friday, Saturday, and Sunday. What I find rather strange is this new January has the same old days of the week. This is rather curious to me. Somebody is trying to sell me some old horse medicine for tea.

Now, if the year 2017 is supposed to be a new year why does it carry over the same old luggage of the old year? I think I smell a conspiracy here.

For example, if you went to buy a brand-new 2017 car, you opened the door, the hood and the trunk and everything was from a 2016 car, wouldn't you feel a little bit cheated? I know I would.

Not only does this so-called new January have the same days of the week, and you are not going to believe this one, it also carries the same numbers of the days. And, these numbers are still in the same order as it did in January 2016.

I believe there should be a Congressional investigation into this rather serious hoax being played on the American people. After all, if someone promises something to be new, and brand-new at that, it should be downright new.

This so-called "New Year," is simply the "Old Year" repackaged for the unsuspecting. For some people it will take six months into the "New Year" before they realize this awesome truth.

People make New Year's resolutions, which are simply the old resolutions from the year before. Some of them go back decades. Nothing really changes. By the time February, which is the same February as last year, rolls around those new resolutions are tainted with some serious aging.

But there is a greater than Solomon that I appealed to. He said, "And he that sat upon the throne said, Behold, I make all things new. And he said unto me, Write: for these words are true and faithful" (Revelation 21:5 KJV).

I will leave the creation of "new," to the one who knows how to make all things new.