Lazy Does Have Its Advantages 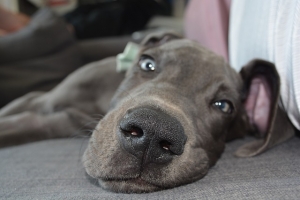 As a young boy, my father tried drilling into my brain that laziness was not acceptable in his house. If I wanted to be lazy, I had to go outside. He provided a wonderful role model for me because if my father was anything, he was not lazy. He tried to encourage me not to be lazy.

Laziness, according to him, was an attack on common decency and energy. After all these years, I have tried to live up to his standard. And yet, I must confess that I have found that laziness may have an advantage or two. I’m leaning towards the two.

It was my fortune to marry a young lady who did not have an inkling of laziness in any of her bones. I thought when I first married her; she was trying to impress me with how active she was and how much she could get done. I have discovered, however, that that certainly was not the case. Laziness and she have never met as far as I understand it.

I have tried not to be lazy and to a certain extent, I have succeeded. However, as I get older I begin to appreciate the opportunity of laziness. It does not have the bad connotation I was taught down through the years.

The good side of laziness occurred to me recently. My wife loves to put together “Honey-Do-Lists” for her husband. That would be me, of course.

Let me say that just because it’s called a “Honey-Do-Lists” does not mean that there is any sweetness to it. In fact, from my own personal experience I have yet to find any sweetness in that activity. I call it an activity because I am supposed to actively do everything on that list.

It was a Monday morning and as usual, the Gracious Mistress of the Parsonage handed to me her weekly “Honey-Do-List." As usual, the list was quite long and in great detail.

“Make sure,” she said rather seriously, “that you do everything on that list as soon as possible.”

One of the things I have often wanted to ask my wife is what is her meaning of “as soon as possible”? It seems that I have not the faintest idea of what it really means. As a well-seasoned husband, I smile most graciously as she hands me that list and say, “Yes, dear.” Her list comes as close to a novel as anything she does.

It takes several days for me to read that list and try to understand what I am supposed to do with it. But, with my experience, I do the best I can and there have been several times, not many, that I have finished her list to the last point.

It was about Thursday when I was going over the list and saw several things that had not been checked off. I sighed very deeply, and with determination planned to get back in the saddle again. I find it very hard to juggle what I want to do with her “Honey-Do-List.” It is always a struggle because I know I have to do her list, but in my mind, I really want to do my list.

I was drinking some coffee and looking over this list to see what my next assignment was. At that time, the Gracious Mistress of the Parsonage came into the room and said, “Did you do the 12th item on my list?”

She sighed such a deep sigh of relief that it frightened me a little. I was afraid if I said I had not accomplished number 12 I would be in serious trouble. After all, it was on the list and I was supposed to do everything on the list.

“I’m so glad you didn’t do that. It was my mistake and I would’ve been in serious trouble had you done it.”

As it turned out it was her doctor’s appointment, which was scheduled for next month. She got the date wrong. I do not think I could have fooled her doctor into thinking I was her.

If it was not for my laziness at the time, I am not sure who would have been in more trouble, her or me.

I was reminded of a verse my father liked to quote. “He becometh poor that dealeth with a slack hand: but the hand of the diligent maketh rich” (Proverbs 10:4).

I wish my father was here because then I would tell him that sometimes the situation needs “a slack hand.”