My Mother Was Wrong About Spinach 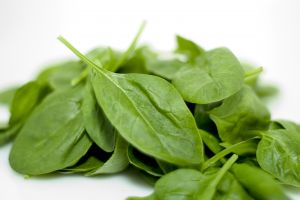 One of the great joys of getting older, and there is at least one joy involved in this grueling process, is discovering that you were right all the time. I try not to boast here because, well, that’s just the kind of person I am. And, I’m not going to make a list of all of the things I was “right” about. No sense in boasting, but I just can’t resist one.

As a young person, my mother told me things I have since learned not to be true. For example:

My mother, like other mothers, was not a bad mother. She just had bad information, much of which she got from her mother. I’m not sure where grandmother got her information, but it too was wrong. And, when you have bad information, there is nothing more you can do but inflict it upon your children. And my mother inflicted away at us children.

This week another one of these “not true things,” was revealed. This one was the mother of all untrue things mothers tell their children.

I must confess there is a bittersweet sense of victory in this recent announcement.

I can’t tell you how many times my mother told me to “Eat your spinach. It’s good for you.” When I would protest she would further admonish me by saying, “Finish all of your spinach on your plate, it won’t kill you.”

Boy was she wrong. I hate to say, “I told you so.” However, the temptation is beyond my ability to resist. After all, I’m only a man. I guess I never ate enough spinach for the strength to resist everything.

For years, I told my mother that spinach was not good for me. Now, I have scientific proof as well as verification from theUnited Statesgovernment that spinach can kill you.

Where was all this information and government verification when I was young and being force-fed spinach? Some things should be retroactive. If I could find a way to give back all the spinach I have eaten from my mother’s table I certainly would do it right now. (Could someone find me a porkbarrel?)

Of course, there is always the idea that my mother knew this and was simply trying to kill me. No, after further thought, I’m sure that is far from being true. But don’t think I haven’t been pondering this, lately. She had plenty of evidence to incite this kind of attitude toward me, I assure you.

My mother used everything she could think of to get me to eat my spinach. She used intimidation, arguments and a gold old-fashioned thrashing. None of it seemed to make her spinach taste any better.

One of the arguments my mother used to get me to eat spinach was good ole Popeye. “Popeye eats spinach,” my mother would taunt me. “Look at all of the things he does because of eating spinach.”

Of course, from my observation, Popeye only ate spinach when he was in extreme trouble and his life was being threatened. I tried to have an agreement with my mother that I would eat spinach every time my life was threatened. Then she threatened my life.

Her arguments continued. “Certainly you want to be like Popeye, don’t you?” my mother pleaded.

To which I responded, “Yes, and he smokes a pipe too. Can I smoke a pipe?” I did not think it fair for my mother to make me eat spinach and then not allow me to smoke a pipe. If you choose one the other comes too.

At the time, my mother was not too amused with my argument concerning Popeye’s pipe. I tried explaining that Popeye’s use of spinach was only occasionally but his use of the pipe was continuously. This argument had no effect upon my mother, but it did cause severe pain in my left ear as she led me by my ear back to the table to finish my spinach.

I listened with amusement to all this news concerning spinach this past week. Reflecting upon this incident from my past, a verse of Scripture came to my mind. "Therefore to him that knoweth to do good, and doeth it not, to him it is sin." (James 4:17KJV).

At the time of my spinach eating frenzy, my mother thought she was doing the right thing. At the time she was, much to my consternation. It’s not so much, what we do, as it is what we know.