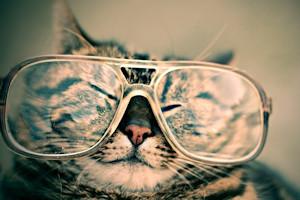 The other night the Gracious Mistress of the Parsonage and I were watching the news on TV. All it showed was riots, looting, and chaos, which has become the normal. When will they ever get back to broadcasting good news?

After a while, I heard a deep sigh on the other side of the room, and somebody say, "What's wrong with people?"

Being a veteran husband, I knew that was not a question I was supposed to respond to with a very logical answer. I knew the person asking that question was not looking for any response from me. I kept from looking in her direction.

Although I did not say it aloud, I did have to agree with her that we are living in some very crazy and chaotic times. Oh, if only I could go back and live in the 60s again with those hippies!

I just let that go, realizing that there is no way to answer such an inquiry. People will do what people will do. Many of those people are not good people.

Thinking about this, I remembered a little change that came into our house about a month ago.

Getting up one morning as I looked out the glass doors onto the back porch, I saw a little kitty looking at me. It could not have been more than a month old. I had no idea where this little kitty came from. I assumed it was just passing through, and the mama was somewhere around the corner.

As my wife came into the kitchen, I said, "Look at that little kitty on the porch. Isn't it cute?"

Even before she looked, she said very sternly, "Don't you dare feed that kitten."

I think the problem between husbands and wives is that husbands can hear, but have a hard time listening. I am sure I heard what she said, but it never registered in my brain. Of course, nothing really registers in my brain.

I began sneaking out little bits of treats for this little kitty, and to my surprise, it stayed around for a month so far.

After getting up in the morning, I would go to the glass door, look out, and sitting in front of the door looking at me was the kitty. It would look at me, then turn and look at the food dish, which was empty at the time, and then look back at me and meow.

I have as many problems with a little kitty’s meow as I do with a Girl Scout’s brown eyes when they are selling cookies.

Trying to do it with as much sleuthfulness as possible to keep my little secret from my wife, I fed the little kitty every morning and evening. Sherlock Holmes, I am not, but somebody in our residence comes very close to that.

Of course, my little secret was discovered.

One afternoon I went out to sit on the porch with the kitty two have a conversation.

The kitty lay down, facing me, and I began our little conversation.

“What do you think all of this nonsense and chaos and looting that’s going on in the world today?

The little kitty yawned a big yawn and stretched like it was getting ready to go to sleep. It acted as if it had no idea what I was talking about. It was very calm, cool, and collected and seemed to be enjoying resting on the back porch.

"What do you think about all this mask-wearing people are doing today? Do you understand what that's all about?"

Nonchalantly, the kitty laid his head down on its paws and closed its eyes as though it was no concern.

I had more questions I asked the little kitty and got the same answers.

Then, the little kitty stood up, looked at me, looked over at the food dish, looked back at me, and softly meowed.

Although the kitty was not too interested in my questions, it was interested in her question, "When are you going to put food in my dish?"

I got some food, put it in the dish, and watched as the little kitty ate. Watching her, I could not help but be just a wee bit jealous. This little kitty had no idea what was going on in the world and could live on my back porch as though nothing in the world was wrong.

All that concerned this kitty was having her dish filled with food.

That little kitty's world is one of peace, serenity, and "kitty food." Nothing else had her attention for the least bit of time.

I have tried talking to this kitty about the latest news that was happening in the world and how nervous everybody was and how much fear there was, and it never influenced her one bit.

After all, no matter how bad the world was out there, this little kitty could not fix the problems. The only problem this kitty could fix was conning me into giving her food every morning and evening.

Sitting there, watching the kitty, I thought of a verse of Scripture. “Put them in fear, O Lord: that the nations may know themselves to be but men” (Psalm 9:20).

That kitty knows that it is a "kitty." Today's problem is that people do not realize they are "but men" and do not have the solution for the world's problems.