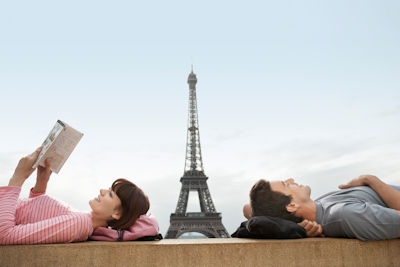 When I was young, a saying went around, “Sticks and stones may break my bones but words/names will never hurt me.” Supposedly it was to make me ignore people saying nasty things about me.

I know we live in a PC culture and it is a culture that I cannot keep up with. I am not sure anybody really keeps up with this kind of thing. Every day there is a new word you are not allowed to use or you might offend somebody. I try my best not to offend anybody but I must confess that it is almost impossible.

Some people just do not have anything bouncing between their ears. Like last week, for example. I was minding my own business and I am not quite sure what started the whole situation and I do not know who was responsible for it. If it was me, I really did not know what I did.

Suddenly, the man next to me started to scream all kinds of foul language. Believe me; I think foul language is for the birds. When this man realized what he had done, he said the inevitable, “Pardon my French.” And he smiled a greasy, slinky smile.

I was not very much impressed with this turkey’s gobbling. If I had an egg or two on me, I would have thrown it at him with all the strength I had.

I was supposed to forget all that foul language he used because he said the magic phrase, “Pardon my French.”

[gbrl]In high school, we had to take a foreign language and so I took three years of first year French. I must say I flunked each year, but that is beside the point. Even though I was not very good at French, I knew that what this man was saying was not in any French dictionary I had ever looked at.

I was tempted to look up my French teacher and ask her what these “French words” meant. But, I’m not a turkey.

If I was French, and I am not, I certainly would have been offended by him referring to this foul language that he used as part of the French language. It’s people like this that I would like to give them a little bit of their own medicine.

I am not too sure I could get away with it, but there have been many incidences when I certainly was tempted to try it.

I must confess I lean towards being offended when people around me use coarse and foul language. However, in our culture it is okay to use foul language whenever you want to. Just as long as you do not use other very sensitive and offensive words.

Every day this word list grows longer and I am not sure who is in charge of policing politically incorrect words. I found some I thought were a little bit silly.

The word “Alive” for example is, “temporarily metabolically abled.” I do not know who came up with that but I am still trying to process that definition.

Then there is one word I am a little concerned about and that is “Bald,” which, according to the dictionary here means, “follicularly challenged.” And I thought I was just losing hair!

“Body Odor” is “non discretionary fragrance.” How many fragrances are there?

“Criminal” is “behaviorally challenged.” Of course I think you would have to get a good definition of the word “behaviorally” because I have no idea what that means.

Here is one that really grabbed me. “Dead” which is simply “living impaired.” Seriously?

I did like the word “Dishonest,” which is defined as “ethically disoriented.” Somebody is disoriented, that’s for sure.

Then the one that really from my point of view makes no sense at all. “Drunk,” which is defined, “chemically inconvenienced.”

Whoever can keep up with this list of words is simply “willy-nilly challenged.” Do not ask me what that means because I have no idea.

Talking to some people, it is like talking in a foreign language of some sort. You have to be careful what word you use or you do not use. For all of these I would like to say, “Pardon my politically correct challenged brain.”

Whoever says that words cannot hurt you is certainly not “temporarily metabolically abled.”

One of my passions is to find the right word for what I am trying to say. Just when I get it down, someone comes along and changes the whole meaning of it to the point where I have no idea what I am saying.

King David understood the importance of words when he wrote, “Thy word have I hid in mine heart, that I might not sin against thee” (Psalms 119:11).

Having the right word and understanding it is the glory of living.

Dr. James L. Snyder is pastor of the Family of God Fellowship, PO Box 831313, Ocala, FL 34483, where he lives with his wife. Call him at 1-866-552-2543 or e-mail This email address is being protected from spambots. You need JavaScript enabled to view it. . His web site iswww.jamessnyderministries.com.