Some things seem too good to be true 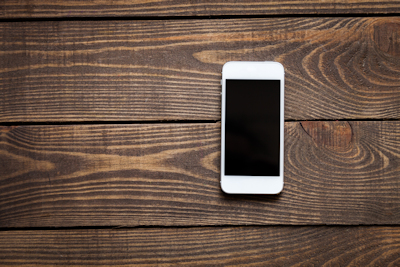 Recently I discovered something. The more I try to keep up with the latest trend, the further behind I get. I am not a complete technical idiot, but I'm not too far off. The only thing I can say about me is that I at least try.

The best example of all of this has to do with my cell phone. Is there anybody on the planet today that does not have a cell phone? And, the most important question, is there anybody driving a car that is not at the same time on that cell phone? Who in the world are they all talking to?

The Gracious Mistress of the Parsonage finally convinced me to go into cahoots with her and get cell phones. The plan was this. She got to pick out the cell phones, and I got to pay the bill. I must say I beat her on this one.

Consequently, we are now in the cell phone industry. I am not sure it is all working out for the good.

I have yet to master the technical skill associated with successfully using my cell phone. Although my cell phone is rather small, it has more buttons on it than Bozo the clown's costume. Not only are there more buttons than I can count, but each button is smaller than I can see. Who in the world designed such small buttons?

I really think that my cell phone was designed for some midget.

At this point, I cannot tell the difference when my cell phone is ringing or when I am receiving a text message. When a text message comes in, I try to answer the cell phone, and nobody seems to be on the other end. When I try to read the text message, there are only letters instead of words. It takes me a half-hour to figure out one text message. Where is Sherlock Holmes when you need him?

I may not be the brightest letter on the keyboard, but I do know how to spell words. It seems that to use a cell phone today, you have to throw out words and start using letters. I will never get the hang of that.

When somebody is on the phone, and I am talking, all of a sudden, the phone goes dead. I can talk for 3 minutes before realizing nobody is on the other end. I find this most frustrating.

In a crowded restaurant the other day, my cell phone went off. Not thinking too much of my environment, I answered the cell phone. It was a friend calling me.

The conversation started rather jovial for all practical purposes. Suddenly I became conscious I had an audience. There are times when I prefer not to have an audience. This was one of those times.

I realized some of the people around me were eavesdropping in on my conversation. Then the unthinkable happened. My cell phone suddenly went dead. It went dead in the middle of a rather humorous joke I was telling. Now, what was I to do?

It really was not my fault that the phone went dead. I did not plan it that way. Besides, I hate it when somebody stops in the middle of a joke, and you never get to the punchline.

For a few seconds, I was not sure what the proper protocol is when your phone goes dead, and you have an audience. I had to do some swift thinking and come up with what I thought was a brilliant plan.

I understand that when you do have an audience, you have a certain responsibility with that audience. So, not to disappoint my audience, I continued my conversation on the cell phone as though somebody was actually on the other end. I was able to finish my joke, and then I paused, not knowing what else to do. I merely continued the conversation I was having with my friend, who was not on the other end of this time.

Sometimes it is good just to keep up a good front. From the snickers of the people around me in that restaurant, it was well worth finishing that joke. I hate to waste a good joke. After all, they are so hard to come by these days.

Many things are just too good to be true, and many of them I probably will never really get the hang of it. One thing I never really will fully understand is God's love for me.

"For God so loved the world, that he gave his only begotten Son, that whosoever believeth in him should not perish, but have everlasting life" (John 3:16).

Although this sounds too good to be true, it is true nevertheless.