Something Seems to Be Missing 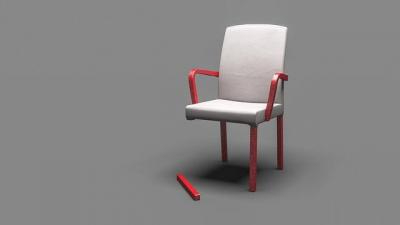 Did you ever have a week when it felt like something was missing, but you didn't quite know what it was?

I had that kind of a week this past week. It felt like something was missing, and I could not figure out what it was.

The past week was typical in many regards. Everything seemed to be going normal as normal could be. But I had this nagging thought in the back of my head that I was missing something. I really couldn’t get a handle on it.

At first, I thought maybe I had missed my Apple Fritter. My New Year's resolution for this year was only to eat one Apple Fritter at a time. And as far as I can recollect, I have not missed one so far this year.

So, it wasn't an Apple Fritter that I was missing. It was something, and it was beginning to get on my nerves.

I got out my weekly planner to see if there was a meeting that I had missed or forgotten about. I went very carefully, and everything I was supposed to do this past week I did. And yet, something was missing.

I went back in my weekly planner for five or six weeks, and nothing was missing.

Maybe, I thought, I had a meeting that I had forgotten to schedule. So, I asked the Gracious Mistress of the Parsonage if she knew of anything I missed.

Well, that sure was a mistake. She had a whole list of things that, according to her schedule, I had forgotten to do. It was almost a book full of “missing activities” that she thought I needed to catch up on.

I should've known better, but after completing all her "tasks," I still had this little itch that there was something I was missing.

Again, I made the mistake of talking aloud and mentioning that I felt I was missing something.

That's all the Gracious Mistress of the Parsonage needs to hear, and once again, she was on her game and gave me a whole list of things that she thought I was missing.

You would think at my age I would know when to keep my mouth shut. But I was being aggravated that I was missing something, and I don't like that. I like to do my job and get everything done as quickly as possible.

I happened to go to the bathroom, glanced in the mirror and saw that I had not had a haircut for quite a while. I thought that this was probably the thing I was missing. That sure would solve my anxiety.

So, I headed off to the barber, got a haircut, and returned home. I was smiling all the way home because I thought I had found that missing thing for the week. I try to get my haircut every other week, and sometimes I mess up, and I get out of routine. But now, the haircut was done, and I was heading home.

As I opened the door to enter the house, I began to feel that itching feeling again that I was missing something. The haircut wasn't really what I was missing, and so I was back to square one.

As I pondered this, my wife comes up to me and says, "Could you run to the grocery store and get a few things that I need for tonight?"

Of course, I was willing to go and do some shopping. I'm not a shopaholic, but when given a list, I can do the shopping.

I had just put the last item into the shopping cart and was headed toward the checkout counter, and then, there it was!

I never thought that I would solve my itching problem in the grocery store. But there it was. I was walking by the candy aisle, and there it was; several shelves full of CHOCOLATE.

There were all sorts of chocolate candy on those shelves. I just froze and stared at all of that CHOCOLATE and let the ambiance fill my mind.

My wife cannot eat chocolate for some reason, but I love chocolate. We've not had chocolate in the house since before the pandemic, which may explain my nervous feelings. Nothing is more soothing and comforting to me than a cup of Joe in one hand and the delicious chocolate candy bar in the other hand.

My only problem at this point was what not to buy. The chocolate that I love the most is the one I'm eating at the time.

Not being judgmental, I selected one piece of chocolate from every shelf in that aisle. I filled my basket with chocolate candy. When I got to the cashier's counter, there seemed to be a huge weight lifted off me, and there seemed to come into my life a peace that I had not experienced for some time.

Driving home, I began to think about how I will get all of this chocolate past my wife. I quickly put that aside focused on the delicious piece of chocolate I was eating at the time.

I thought of a wonderful verse of Scripture. “Those things, which ye have both learned, and received, and heard, and seen in me, do: and the God of peace shall be with you” (Philippians 4:9).

God’s peace is the thing that most people are missing from their life today.