Things Have a Way of Catching up with Me 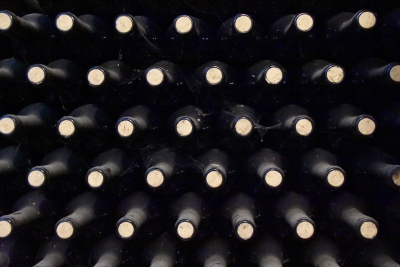 I have learned in my life, and probably just one thing: things have a way of catching up with me. I can't get away with anything.

It's not that I don't try. There were a few times when I've come pretty close to getting away with something, but it didn't turn out the way I hoped.

One example stands out. Last year someone hacked into the Gracious Mistress of the Parsonage’s bank account and purchased a case of wine for around $700. It took her a few days to see this in her bank account. When she saw it, she immediately went to the bank to dispute it.

The interesting thing about this purchase on her account was, it happened while she was playing the piano in church on a Sunday morning here in Florida, and was made at the same time in Southern California. I know my wife is terrific, but I did not believe she could do that. To be in two different places at the same time is magical.

Maybe she has more arrows in her quiver than I imagined.

She finally got it squared away with her bank and got the money put back. For a while, she was a little worried and checked her bank account every day.

Every once in a while, being the kind of person I am, I will ask her after the Sunday service, “Did you buy any wine today?”

I found that quite hilarious but, being on the opposite side of the marriage aisle, she did not go along with that evaluation.

Being a country boy, I like to milk every opportunity I get. I remember telling her at the time, “I didn’t know you drank wine.”

After a while, she quit responding and just gave me one of her infamous scowls, which only sparked further interest in the subject.

For a while, I thought I was getting away with this. Things, however, have a way of catching up, particularly with me, when I least expect it.

Several weeks ago, as I checked my bank account online, I noticed a transaction for $159.32 for, of all things, cigars. But I don't smoke cigars!

I’ve delved into it a little bit and discovered that I bought those cigars in New Jersey the same time I was preaching from the pulpit here in Florida. Is it possible that I have now risen to the height of the Gracious Mistress of the Parsonage?

Believe me, I was more than aggravated at that kind of thing. $159.32 is a lot of money for me, and to spend it on cigars when I don’t smoke cigars is a travesty.

The next day I headed for the bank to dispute this transaction. After some time with my banker, she was able to take care of it. It took several days for that money to get back into my account. Believe me, I checked my account every day until finally, the transaction was gone.

The fact that that transaction took place in New Jersey at the same time I was preaching here in Florida was rather disturbing. I thought that maybe somebody did this deliberately.

That, however, was not the end of it.

“After all these years you haven’t told me everything about yourself,” my wife said to me. “Why didn’t you tell me you smoke cigars?” Then she laughed. I didn’t.

She egged me into an intense conversation about the fact that I did not, in any way, smoke cigars; therefore, why in the world would I buy cigars. Looking at her, I could see she was enjoying this to the hilt.

“Is there anything else,” she said rather soberly, “that you haven’t told me?”

Well, if there was, I would not remember it at my age. Then, as I stood there with my jaw dropped to the floor, she began laughing hysterically.

But it wasn’t over yet.

The next Sunday after the church service, on our way home, my wife looked at me rather soberly and said, "Honey, did you by any cigars today while you were preaching?" Then she laughed heartily, and I mumbled under my breath as I gritted my teeth.

I didn't understand where she was going with this, and then she said something else, "By the way, I did not buy any wine today while playing the piano." Again she laughed.

When she said that, I understood where all of this was coming from.

Right then and there, we made a pact. I won't ask her about buying wine if she doesn't ask me about buying cigars on a Sunday.

It just showed me that things have a way of coming back on me. I need to learn to let some things go even though I might be tempted to use them for my entertainment.

I'm sure down the road, somewhere, some time, there will be an opportunity for me to indulge in this entertainment. I must keep in mind, what I think I have, my wife also has.

I was reminded of what the apostle Paul said. “Be not deceived; God is not mocked: for whatsoever a man soweth, that shall he also reap” (Galatians 6:7).

I thought about that for a while. Whatever you do, has repercussions. How you treat one person is how, down the road somewhere, you will be treated as well.