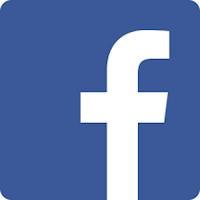 To paraphrase one of my favorite humorist, Will Rogers, “All I know is what I read on Facebook.”

Quite honestly, I don’t always believe what I read on Facebook. Just saying!

As you grow and get older, you adjust to the changing environment that you are in along with the technology. I well remember the day I transitioned from a manual typewriter to a computer. My first computer had no hard drive, and many, perhaps cannot relate to that. However, I thought I was in writer's heaven.

I never thought much about this until one day a young person asked me, “How did you know anything before Facebook?” There was a young man born after the invention of Facebook.

At first, I did not quite understand what he was saying. I had grown accustomed to the developing modern-day technology. Not that I am an expert, I am just a user.

Looking at this young person, I said very simply, "Before Facebook, we had grandmas."

He did not understand, so I had to try to explain the Grandma-Factor.

My grandmother was a very sweet and wonderful woman. I only knew her when she was older because after all, she was my grandmother.

I remember all the wonderful dinners she cooked for us and especially the pies. However, there were some things about grandma I did not know until after she had passed.

Unbeknownst to me, she was known in the entire community as the Queen of Gossipers. This really caught my attention.

How she got to that place of being the Queen of Gossipers is something I have never put together. All I know is, she was.

According to some conversations I had with her friends, my grandmother knew what was happening two days before it actually happened. For the life of me, I don’t know what that means. Nothing happened in the community that escaped my grandmother’s attention.

Whether people needed my grandmother’s permission to do something or not, I’m not quite sure. Whatever happened, she knew about it long before it happened.

If you wanted a rumor started, just visit my grandmother and whisper a confidential secret to her. Usually, by the time they got home, that secret was all over the community.

At times, this was a little touchy. If a couple was getting engaged, everybody knew about it before they actually were engaged. How she managed that I don't know.

She read a person like Will Rogers read the newspaper.

For her 90th birthday, some people in the community wanted to give her a surprise birthday party. They knew, however, it would be very difficult to surprise my grandmother.

Several of them met at a restaurant in the next town to work out some details. They came up with many different scenarios, but none seemed workable.

Then, one of the older women in the group came up with a plan that would out-gossip the Queen of Gossipers.

The plan was simply this. On a certain night, a group would meet at the church to develop a plan to fire their pastor. Everybody knew that grandmother loved her pastor to pieces. Anything like this would have gotten her dander up, and you do not want to do that.

The success of the plan depended upon the right person whispering this gossip to my grandmother. Otherwise, she would not really believe it.

The woman who came up with this was my grandmother's closest friend, and so she was chosen. If Grandmother would believe anybody, it would be this woman.

They made plans for the birthday party. How they got it to everybody without my grandmother knowing is in the same category as who killed JFK.

At the right time, this woman went to my grandmother and confidentially whispered the plan to fire her beloved pastor. "Now, don't let this get out to anybody; this is top secret."

Before the night ended, everybody in the community knew of the plan to "fire the pastor."

On that night, people came early because it was supposed to be a surprise. It was a wonderful surprise.

At the right time, my grandmother marched into that church, slammed open the door, and said as angrily as she had ever been, “How dare you fire my pastor?”

At that moment, everybody, including the pastor, burst into singing, “Happy Birthday to You.”

It took a few moments for my grandmother to understand what was really happening. When she finally realized what the meeting was really about, she laughed and said, “How did I miss this?”

As I listen to the woman telling me, the story I thought of what David said. “The secret of the Lord is with them that fear him; and he will shew them his covenant’ (Psalm 25:14).

Some secrets, like God’s love for me, should be spread far and wide and not kept a secret.