What the World Needs Today Are Fathers 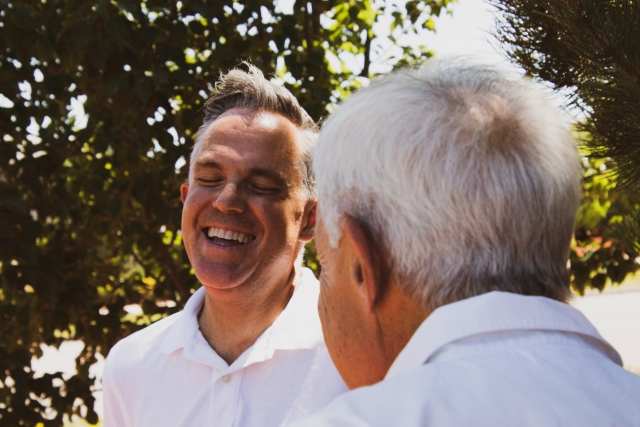 There is much talk today about what’s wrong with our society. That list is pretty long, but the most important cause of problems in our culture today is the lack of fathers. So many children grow up without a father in the home. How tragic.

I was fortunate enough to know my father. My father passed away a little over 12 years ago. I remember many things he taught me or at least tried to teach me. One of the most significant things was when I became a teenager he said, “Son, just because you get a girl pregnant doesn’t mean you’re a father.”

My father taught me a lot, and most of the things had to do with money. He was very close to his money. Often, he would tell me, “Son, don’t pay somebody to do something you can do yourself.”

I understand that, but I also understand that, at times, it backfired on him. There were times when he was trying to fix something and made such a mess that he had to hire somebody to fix it, which cost him about three times as much as if we would’ve hired the person in the first place. He never talked too much about that, but I noticed it several times and probably more times than I noticed.

About a year before he died, he gave me his ring. He told me this ring was worth thousands of dollars and wanted me to have it. I was rather happy, but I’m the kind of person that does not like to wear money out in public.

After my father passed away, I took the ring and had it appraised. If this ring is worth thousands of dollars, I was not going to wear it; I would rather have the money and put it in the bank.

After appraising the ring, the person said that at most, it was worth $100. That was far short of my father’s evaluation. Why he believed it was worth thousands of dollars is beyond me. Maybe he was just trying to impress me. I still wear that ring and think of my father.

My parents would come down to Florida as snowbirds every year and stayed not far from where I lived. For the last week of my father’s life, I was with him, and most of the time, he was in a coma state. He was in bed and unresponsive.

Then, much to everybody’s surprise, he woke up one day as though nothing was wrong with him. He had energy, got up and dressed, and friends came to visit him.

One of the things my father did was talk to me, “Son, I don’t want to stay here in Florida. I want to get ready and go back to Pennsylvania. Can you drive me back tomorrow?”

We had a long discussion about this, and I cheerfully said, “Oh, dad, of course, I’d be happy to drive you home tomorrow.”

One of his friends overheard our conversation. Towards the end of the day, he took me out to the garage and had a rather straightforward conversation with me.

“Do you know how serious your father is? Do you know that he could never last that trip home?”

He then proceeded to tell me that as a son, I needed to be more considerate of my father’s health. I should never jeopardize his health, and I should never agree take him home. That was too dangerous, according to my father’s friend.

When he was done ranting about all this and quieted down, I explained what was going on.

“I know how sick my father is,” I said as seriously as possible. “I know that my father will not last more than a couple of days, and I do not want my last conversation with my father to be a vicious argument. Whatever he wants now, I am willing to go along with.”

My father’s friend looked at me and said, “I’m so sorry. I never thought of it like that.” Pausing for a few moments, he said, “You are absolutely right to make your father happy in the last moments of his life. You are a good son.”

We conversed for a few more moments, and then he went in to say goodbye to my father and went home.

The rest of that night, my father and I talked about how we would travel back home to Pennsylvania tomorrow. Whatever he said, I enthusiastically agreed, and we had a wonderful conversation.

The next day my father went back into that coma, and the following day he passed away.

I was so glad I had that conversation with my father before he passed away. A good son is a result of a good father. Although my father was not perfect, I learned a lot of life lessons from him and I’m only now beginning to appreciate all that he taught me.

Thinking about this I was reminded of the very special versus Scripture. “The father of the righteous will greatly rejoice, And he who sires [gives birth] a wise son will be glad in him” (Proverbs 23:24).

My goal in life is to be a reflection of my father to my children and grandchildren and all the people around me.