When Is It Okay to Be Snarly? 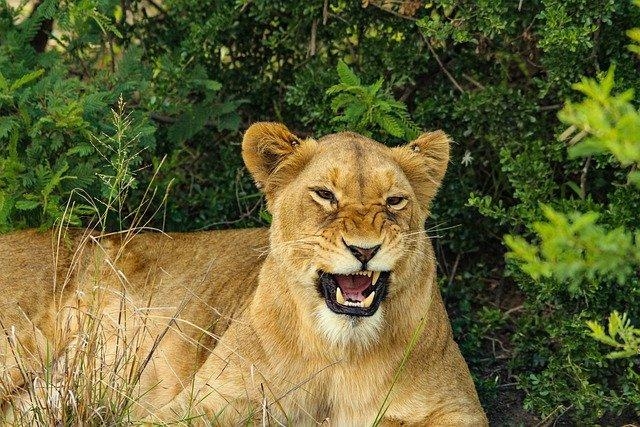 Normally, whatever normal means, I don’t get agitated by many things. I can keep my cool under the most bizarre circumstances. Nothing gets under my skin, and I can take everything with a grin.

I can’t remember the last time I lost my temper and got mad. I’ve been married for over 50 years, so I have experienced everything that I possibly can experience. After making it through these many years of marital bliss, I can handle anything.

My week was going rather well, and I was close to completing my projects for the week. Then about halfway through the week, things began to go awry. I was getting behind on my projects, and I didn’t think I would ever catch up.

I like to have my work done on time, and I work very hard to do just that. But for some reason, I lost the rhythm of my work, and it wasn’t going like I would like it to go. So I must say, I was getting agitated for the first time in a long time.

It was a moment of frustration as I tried to unwind from some of the problems that had developed in my projects. In the middle of that, the telephone rang.

For a moment, I thought of not answering the phone and just letting it ring. If it was something important, they would leave a message, and I could get back to them.

For some reason, my autopilot kicked in, and without much thought, I answered the phone.

“The warranty on your car is just about to expire,” the person on the phone said. Then he began the long speech about what he could do to renew my auto warranty.

When I came to, I realized it was some kind of a scam, so I told him I wasn’t interested and then hung up the phone.

It wasn’t going very well, and I couldn’t straighten out the problem, but I thought I was close. It took me much longer, and I didn’t know what else to do.

Then the telephone rang again. I tried not to answer, but in my state of mind at the time, I wasn’t in control, and I automatically answered the phone.

The person on the phone was introducing me to my updated Medicare options. At first, I couldn’t follow what he was talking about. Instead, my mind was focused on the projects I was working on.

According to the person on the phone, all I had to do was answer a few questions, and they could sign me up for additions to my Medicare at no cost to me.

I replied as calmly as possible and told him I was not the least bit interested in what he had to offer. Then I hung up the phone and went back to my job.

It took me a few moments to get back into my routine and sort out some problems I was having. I still couldn’t figure out what was wrong.

Then the telephone rang. Again!

At this point, my agitation level was beginning to rise. It’s been a long time since I’ve experienced this kind of thing.

As I answered the phone, the person on the other end asked me a whole lot of questions about my health. Do you have diabetes? Do you have arthritis? Do you have pain in your back? And he went on and on and on.

I asked why he was so interested in my physical well-being, and he said that it was part of Medicare and he wanted to ensure I had all the coverage I deserved.

“Why are you calling me now?” I said as angrily as I could control.

“I am just responding to your inquiry online.” When he said that, something flipped in my head.

At that point, I let loose all my snarly attitudes at the time. I was at the point where I could not control my snarlyitis. I gave him a piece of my mind that I hadn’t used in a long time.

I angrily hung up the phone, turned around, and there was The Gracious Mistress of the Parsonage looking at me with both hands on her hips.

“You sure had a snarly attitude on that phone call. Who in the world were you talking to?”

I then explained the phone calls I had been getting that had disrupted my working environment that morning. “I think they are all scams,” I explained to her.

That brought me to a point of wondering when it is okay to be snarly. After all, I did not call them; they called me. And they called me about something I had no interest in whatsoever. And they kept calling me.

As far as I know, this situation was the perfect situation to express a snarly attitude. I don’t always have such situations, so I’m an amateur when it comes to being snarly.

Thinking about this it occurred to me that sometimes people need to be responded to with a snarly attitude.

I then remembered what Jesus said in John 8:44, “Ye are of your father the devil, and the lusts of your father ye will do. He was a murderer from the beginning, and abode not in the truth, because there is no truth in him. When he speaketh a lie, he speaketh of his own: for he is a liar, and the father of it.”