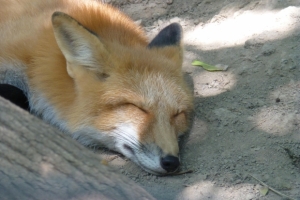 When one PearyGates List subscriber unsubscribed in response to the "Hat Headline" joke I shared (which stars President Obama, The Pope, and Fox News - www.cybersalt.org/pearly-gates-jokes/hat-headline) I received the following feedback:

I resent your joke about the Pope and Obama. What I resent about it is your mockery of Fox News. It's the only new I trust to tell the truth about whats going on in politics. I thought you were a Christian. A preacher, so you say. Now I see what you really are!!!!!

Thanks for your feedback.  I have a few points in reply:

First of all, that joke originally referred to President Bush and the Washington Post, but I rewrote it last night to use more contemporary names. Still, it’s just a joke.

Secondly, I think you may have missed that I sent that joke to the PearlyGates list which clearly states it features content that is “theologically, politically, and/or socially incorrect.” It was obviously politically incorrect from your viewpoint, so I say “mission accomplished.”

Thirdly, you do realize I am Canadian eh?  I don’t have a horse in whatever political race you’ve got going on down there, though to be fair at times it seems to many of us up here a lot more like a bag of squirrels.

Lastly, and this is the question I’d really be interested in you responding too, do you really evaluate whether someone is a Christian or a preacher based on whether or not they trust Fox News? Preacher or not, I’m pretty sure the Bible uses a different standard.