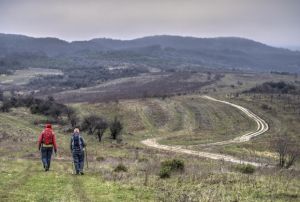 Once there was couple traveling on a bus in a mountainous area. Close to their destination they decided to get off a bit early and enjoy a short walk the rest of the way.

After the couple got off the bus, it proceeded on its route, but 100 feet later a huge boulder fell on the bus, crushing it and killing everybody on board.

Upon see this happen the couple said, "We wish we were on that bus."

Why do you think they said that?

Think about it and then scroll down for the answer.

If the couple had remained on the bus instead of deciding to get off, the resulting time delay would have been avoided and the rock would have fallen after the bus had passed.

Remember and consider others in life.