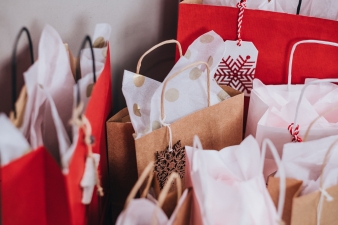 After some last-minute Christmas shopping with her grandchildren, my friend was rushing them into the car when four-year-old Jason said, "Grandma, Susie has something in her pocket." He reached in and pulled out a new red barrette.

Though she was tired, my friend knew it was important for Susie to put the item back where she had found it. They did just that.

Later at the grocery store checkout, the clerk asked, "Have you kids been good so Santa will come?"

"I've been very good," replied Jason, "but my sister just robbed a store."