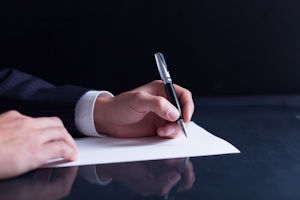 A minister was opening his mail one morning and drawing a single sheet of paper from an envelope he found written on it only one word: "FOOL."

The next Sunday he announced, "I have known many people who have written letters and forgot to sign their name.

"But this week I received a letter from someone who signed his name but forgot to write a letter."