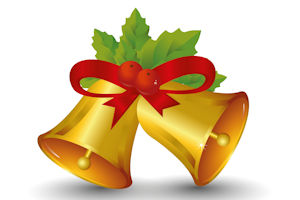 A minister well known for his beautiful singing voice came home visibly upset after consulting with a new widow about funeral plans for her recently deceased husband. His wife asked him what was wrong, and he revealed that the wife had asked him to sing her husband's favorite song, "Jingle Bells," at the funeral.

He was troubled that it wasn't appropriate to the solemn occasion. He struggled and prayed about it, and finally decided to honor the grieving widow's wishes.

At the funeral, still sensitive about how some of the mourners might react to hearing "Jingle Bells" at a funeral, he carefully introduced the song with words about appreciating the sense of humor and lightheartedness of the deceased.

The widow had been very tearful during the service. Hearing the introduction to her late husband's "favorite song" she sat up and began to appear quite interested. As the preacher began the song, the widow began to smile, and her tears dried up.

She was actually giggling as he concluded, and he felt glad he'd decided to honor her request since it obviously had been so comforting.

After the service she thanked the pastor for sharing his music ministry, and with a big grin she added, "By the way, the favorite song I requested was 'When They Ring Those Golden Bells!'"