Give Tech Support a Break 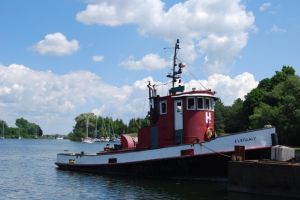 Our tech company uses satellite communications to send and receive messages from tugboats moving barges up and down major rivers. Each day, by 2pm, the tugboats send data on the day's activities to the company's traffic department.

At least that's how it is supposed to work.

"I got a call from our traffic department saying they only received data from about half the boats, and would I check on it?" the technician Don says.

Meanwhile, the traffic department calls again - they're still not getting messages from the missing boats.

"So I called the boats and got them to re-send the messages, and they came through," says Don. "The problem apparently cleared itself up."

But he isn't quite satisfied. "I called the satellite company back to see what happened, and what we could do if the problem recurred."

The satellite company's technician didn't know what happened and didn't have any way of finding out. "In order to track the messages, we would need an identification number from the message," he tells us.

"We could find out those numbers eventually," Don figures.

"Also, the identification numbers are recycled every half hour," tech continues.

"So I need to get you the identification number within that time?" Don asks.

"So to summarize," says our tech Don glumly, "we need to give you the identification numbers of the messages we haven't received, within half an hour of not receiving them?"