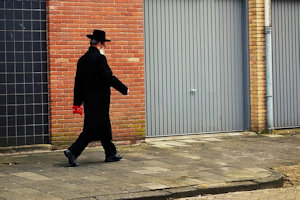 On the Upper West Side of NYC lived an assimilated Jewish man who was now a very militant atheist. But he sent his son Morris to Trinity School because, despite its denominational roots, it's a great school and completely secular.

After a month, the boy came home and said casually, "By the way Dad, I learned what Trinity means! It means 'The Father, the Son, and the Holy Ghost.'"

The father could barely control his rage. He seized his son by the shoulders and declared, "Morris, I'm going to tell you something now and I want you never to forget it. Forget the Trinity business. 'There is only one God... and we don't believe in him!'"