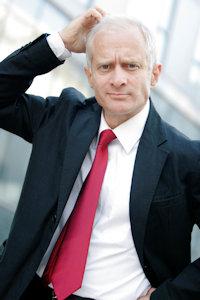 At least a dozen times a day he would go to do something, like going to the bathroom cabinet for his medicine, then say, "What on earth am I hereafter?!"