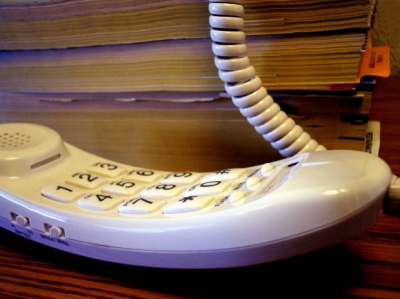 A woman was at home with her children when the telephone rang.

In going to answer it, she tripped on a rug, grabbed for something to hold on to and seized the telephone table. It fell over with a crash, jarring the receiver off the hook.

As it fell, it hit the family dog, which leaped up, howling and barking. The woman's three-year-old son, startled by this noise, broke into loud screams.

The woman mumbled some colorful words.

She finally managed to pick up the receiver and lift it to her ear, just in time to hear her husband's voice on the other end say, "Nobody's said hello yet, but it certainly sounds as if I have the right number."