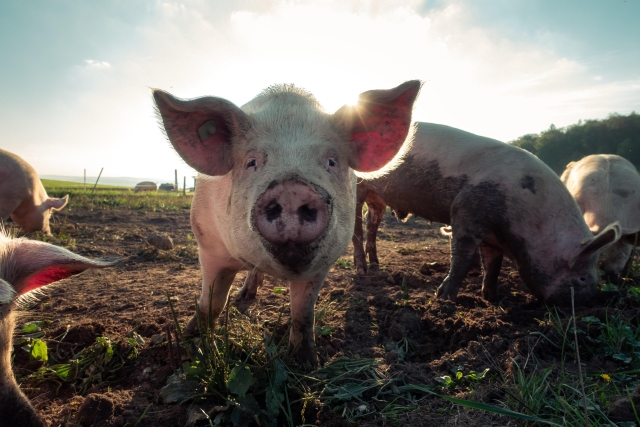 Everywhere the farmer went he was in the habit of talking about the hypocrites he knew in that Church. Months passed and Frank went to see the farmer again. "I want to buy a hog", he said. The farmer showed all his best hogs to him. Then they came to the runt. "I believe I will take that one," Frank said.

The farmer replied, "BUT you don't want that one. He's the runt of the litter." "I sure do," Frank replied. So they loaded the runt in the truck.

"Now," Frank said, "what if I take this pig here from your farm and ride all over this area telling folks that this is the kind of hogs you raise?" "That's not fair!" the farmer exclaimed. "I have some nice hogs and you want to show people that runt?!"