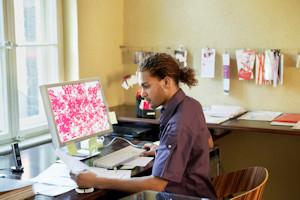 This insurance company's contract with a government agency had just expired, and a technician fielded the call from an agency bureaucrat reminding him that he needed to destroy the agency-provided software.

"I agreed that we would delete the software from the mainframe computer," said the tech.

The reply? "That's not good enough -- the software must be destroyed."

"How do you destroy software?" the tech asked. But the agency guy couldn't give specifics. He just kept insisting that, "deleting the software was not enough -- we must destroy the software!"

The tech finally suggested that he copy the software onto a tape cartridge, have a steamroller roll over it, and send the flattened tape cartridge to the agency.

He put the flattened cartridge, at least all the pieces worth picking up, and the crushed tape into a padded envelope and mailed it to the government agency, to the bureaucrat's attention.

A few days later, the tech received a sincere thank you from the agency.