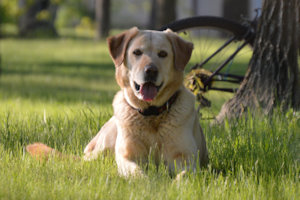 For example, as a duck hunter, I was in the market for a new bird dog a few years ago. My search finally ended when I found a dog that could not only retrieve but could actually walk on water! Shocked by my find, I was both skeptical that the dog would be able to keep this up after I purchased it (you know, maybe the salesman was somehow playing a cruel trick on me), and also that any of my friends would ever believe me.

I decided to try to break the news to one friend at a time starting with a long-time buddy who was also a hunter. He was a pessimist by nature but I  invited him to hunt with me and my new dog.

As we waited, carefully concealed by the shore, a flock of ducks flew by. We fired, and ducks fell at a distance. The dog responded and jumped into the water. The dog, however, did not sink but instead walked across the water to retrieve the birds, never getting more than his paws wet. This continued all day long--each time a duck fell, the dog walked across the surface of the water to retrieve it.

My pessimist buddy watched carefully, saw everything, but did not say a single word about it the entire day.

On the drive home, the silence was suddenly broken when my friend said, "Too bad about your dog."

A little surprised at his statement, I asked, "What do you mean?"

"I mean," drawled the pessimist slowly, "it's too bad ya got stuck with one that can't swim."