Pleasure For A Season 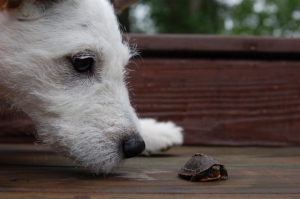 "Mummy, my turtle's dead," the little boy, Andrew, sorrowfully told his mother, holding the turtle out to her in his hand.

The mother kissed him on the head, then said, "That's all right. We'll wrap him in tissue paper, put him in a little box, then have a nice burial ceremony in the back yard. After that, we'll go out for an ice cream soda, and then get you a new pet."

Her voice trailed off as she noticed the turtle move. "Andrew, your turtle isn't dead after all!"