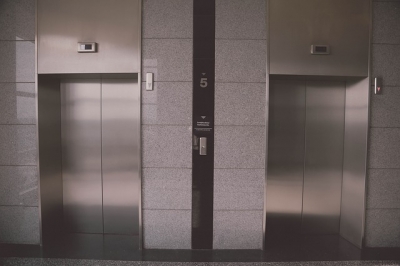 During the eight years he served as Eisenhower's vice president, Richard Nixon had many reminders of the esteem accorded to people in his position. Once, the Nixons were staying at a hotel in Chicago when a fire alarm went off in the middle of the night. Hundreds of guests, including Dick and Pat Nixon, were herded into the lobby.

Once Nixon realized that it was a false alarm, he and his wife headed for the elevator.

"Just a minute," said the hotel's security chief. "Everyone stays in the lobby until we get the all clear."

Nixon pressed the elevator button, and the security chief had second thoughts.

"Of the United States," Nixon answered.

"Get back out here," the security chief said. "I thought you were a vice president of the hotel."