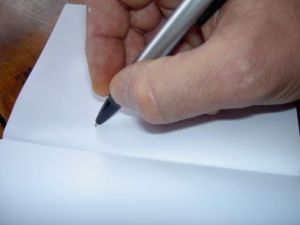 One day a young man was writing a letter to his girl friend who lived just a few miles away in a nearby town. Among other things, he was telling her how much he loved her and how wonderful he thought she was.

The more he wrote, the more poetic he became. Finally, he said that in order to be with her he would suffer the greatest difficulties, he would face the greatest dangers that anyone could imagine. In fact, to spend only one minute with her, he would climb the highest mountain in the world. He would swim across the widest river. He would enter the deepest forest and with his bare hands fight against the fiercest animals.

He finished the letter, signed his name, and then suddenly remembered that he had forgotten to mention something quite important. So he added:

P.S. I will be over to see you Wednesday night as long as it doesn't rain.