Some Things You Keep 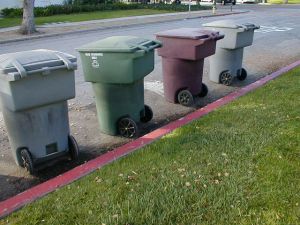 Some things you keep. Like good teeth. Warm coats. Bald husbands & chubby wives. They're good for you, reliable and practical and so sublime that to throw them away would make the garbage man a thief. So you hang on to the older gifts, because something old is sometimes better than something new, and what you know is often better than a stranger.

Here are my thoughts, they make me sound old, old and tame and dull at a time when everybody else is frisky and racy and flashing all that's new and improved in their lives. New spouses, new careers, new thighs, new lips. The world is dizzy with trade-ins. I could keep track, but I don't think I want to.

I grew up in the fifties with practical parents - a mother, God bless her, who washed aluminum foil after she cooked in it, then reused it-and still does. A father who was happier getting old shoes fixed than buying new ones.

They weren't poor, my parents, they were just satisfied. Their marriage was good, their dreams focused. Their best friends lived barely a wave away. I can see them now, fifties couples in Bermuda shorts and Banlon sweaters, lawnmower in one hand, tools in the other.

The tools were for fixing things - a curtain rod, the kitchen radio, screen door, the oven door, the hem in a dress.

Things you keep. It was a way of life, and sometimes it made me crazy. All that re-fixing, reheating, renewing, I wanted just once to be wasteful. Waste meant affluence.

Throwing things away meant there'd always be more. But then my father died, and on that clear autumn night, in the chill of the hospital room, I was struck with the pain of learning that sometimes there isn't any 'more.' Sometimes what you care about most gets all used up and goes away, never to return.

So while you have it, it's best to love it and care for it and fix it when it's broken and heal it when it's sick. That's true for marriage and friends and old cars and children with bad report cards and dogs with bad hips and aging parents. You keep them because they're worth it, because you're worth it.

Sometimes the best gifts are the old ones that you have already received. Receive the old gifts again, by looking around and appreciating your life, the people and the things in it...for they are the true gifts of life.