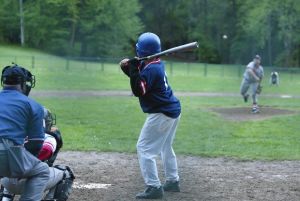 I was the new coach of a Little League baseball team and had not yet learned the names of my players. At our first game I called each boy by the number on his uniform. When I yelled, "Number 5, your time to bat," Jeff Smith came to the plate. When I called for "Number 7," Steve Heinz jumped up. Then I yelled for "Number 1," but no one emerged from the dugout. Again I called for Number 1. Still no one came forward.

As the umpire looked on, annoyed at this delay of the game, I shouted; "Who's Number 1?"

That's when the whole team yelled, "We are, Coach! We are!"