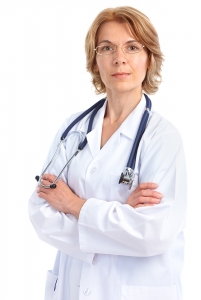 He was a good man but a bit stingy. He would bargain and haggle on a price, never paying the price asked. He especially hated paying his medical fees.

One day, while eating fish, a bone became lodged in his throat and within minutes he could scarcely breathe. His wife frantically rushed him to the family doctor's office which was just around the corner.  Just as the patient's face was turning blue, the physician quickly removed the bone with a pair of forceps.

After he was breathing normally again, although overwhelmed with gratitude to the doctor for saving his life, he began to worry about the medical fees.

Trying his best to keep his costs down, he turned to the good doctor and asked, "How much do I owe you for this small two-minute job?"

The doctor, who knew his patient's miserly habit all too well, replied, "Just pay me half of what you would have when the bone was still stuck in your throat!"