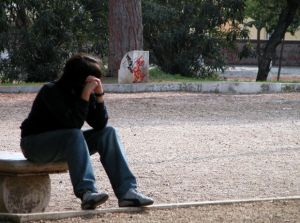 A funny story is told about General George Patton from his World War II days. He once accepted an invitation to dine at a press camp in Africa. Wine was served in canteen cups but, obviously thinking he was served coffee, Patton poured cream into his cup. As he stirred in sugar, Patton was warned that his cup contained red wine and not coffee.

Now, General Patton could never, never be wrong. Without hesitating he replied, "I know. I like my wine this way." And he drank it!

I relate this story because I see something of myself, and perhaps most of us, here. It is difficult to admit mistakes. It is hard to admit when we are wrong.

Three of life's most difficult words to say are, "I was wrong." But they are also three of the most powerful words we can utter. "I was wrong" breaks down barriers between people. It brings estranged people together. And it creates a climate where intimacy and love may flourish. You may be surprised at how positively many people respond to the words, "I was wrong"!

Naturally, it is a risk. But to admit when you are wrong is not to confess that you are a "bad" person. Simply an honest one. And true friends will appreciate you for it.

Whole and happy lives are built by people who have learned the power of intimacy, in part, through the use of the words "I was wrong."

- From RICHES OF THE HEART, by Steve Goodier