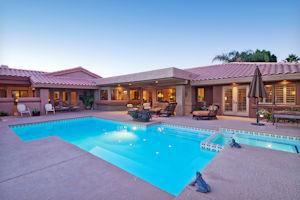 In a very exclusive private school near California's Silicon Valley, a third-grade teacher was lecturing her upper high-class students about the less fortunate. She asked them each to write an essay about a poor family in the area.