In chemistry, He turned water into 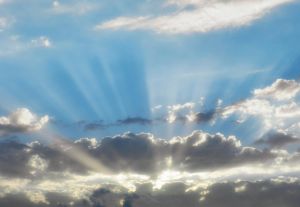 wine.
In biology, He was born without the normal conception.
In physics, He disapproved the law of gravity when He ascended into heaven.
In economics, He disapproved the law of diminishing return by feeding 5,000 men with two fishes and 5 loaves of bread.
In medicine, He cured the sick and the blind without administering a single dose of drugs.
In history, He is the beginning and the end.
In government, He said that he shall be called Wonderful Counselor, Prince of Peace.
In religion, He said no one comes to the Father except through him; So. Who is He?

He is Jesus! The greatest man in history.