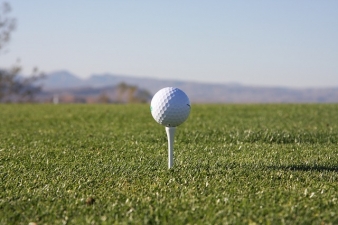 A golf pro dragged himself into the clubhouse looking as though he'd just escaped a tornado.

"I just lost a game to Houlihan," the pro said.

"What? But Houlihan's the worst player I've ever seen. How could he have beaten you?"

"What's a gotcha?" asked the woman.

"That's what I wanted to know," the pro said. "Houlihan said, 'You'll see.' Then, as I was teeing off, just as I had my club poised, he grabbed my shorts and gave me a wedgie and screamed out 'Gotcha!'"

"I can guess what happened," the woman said.

"Sure," the pro said. "That gotcha threw me off, and I missed the ball completely."

"Understandable," the woman said. "But still, that's only one swing. How did he win the game?"

The pro answered, "I couldn't swing well the rest of the game because I was watching out for that second 'gotcha!'"