A Man With Few Words 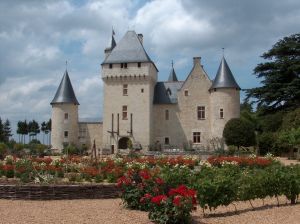 Once upon a time there was a prince who, through no fault of his own, was cast under a spell by an evil witch. The curse was that the prince could speak only one word each year.

However, he could save up the words so that if he did not speak for a whole year, the following year he was allowed to speak two words.

One day he met a beautiful princess (ruby lips, golden hair, sapphire eyes) and fell madly in love. With the greatest difficulty he decided to refrain from speaking for two whole years so that he could look at her and say, "My darling."

But at the end of the two years he wished to tell her that he loved her. Because of this he waited three more years without speaking (bringing the total number of silent years to five).

But at the end of these five years he realized that he had to ask her to marry him. So he waited ANOTHER four years without speaking.

Finally as the ninth year of silence ended, his joy knew no bounds. Leading the lovely princess to the most secluded and romantic place in that beautiful royal garden the prince heaped a hundred red roses on her lap, knelt before her, and taking her hand in his, said huskily, "My darling, I love you! Will you marry me?"

The princess tucked a strand of golden hair behind a dainty ear, opened her sapphire eyes in wonder, and parting her ruby lips, said: "Pardon?"