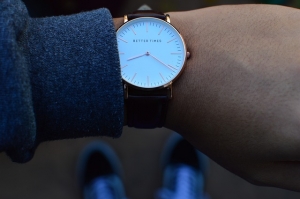 Harry came into the office an hour late for the third time in a week.

"What's the story this time, Harry?" his boss asked sarcastically. "Let's hear a good excuse for a change."

Harry sighed, "Everything went wrong this morning, boss. The wife decided to drive me to the station. She got ready in ten minutes, but then the draw bridge got stuck. I swam across the river--see, my suit's still damp--ran out to the airport, got a ride on a helicopter, landed on top of Radio City Music Hall, and was carried here piggyback by one of the Rockettes."

"You'll have to do better than that, Harry," said the boss.

"But that's what happened! Why don't you believe me?"

"Simple, no woman can EVER got ready in ten minutes!"