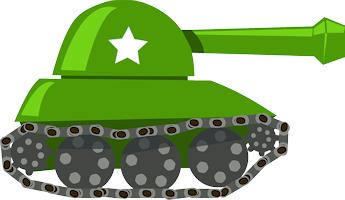 "I hope so. You see, my men over at the Navy are so well trained they're the bravest men all over the country."

So Marshall called private Cooper and said, "Private Cooper!  I want you to stop that tank coming here with your body!"

As private Cooper ran away, Marshall turned to a bewildered McKenzie and said, "You see? You have to be pretty brave to talk like that to a general."