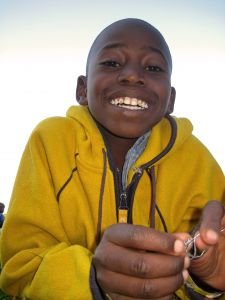 Having asked the children if they knew the meaning of the resurrection, a little boy raised his hand. The pastor called on him and the little boy said, "I know that if you have a resurrection that lasts more than four hours you are supposed to call the doctor."

It took over ten minutes for the congregation to settle down enough from their laughter for the worship service to be continued.