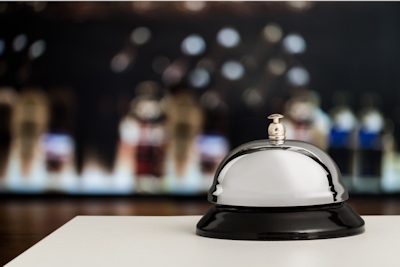 A man and his wife had been traveling for 18 hours when they decided to stop for a few hours to rest. They checked into a nice hotel and slept for four hours.

When they were ready to continue their trip, they went downstairs to pay their bill. The desk clerk handed them a bill for $350. The man exploded, and said the bill was too high, asking to see the manager. The manager met them at the front desk and explained that the hotel had an Olympic size pool and a nice conference room and they were available for the couple's use. "But we didn't use them!" the man complained.

The manager insisted that the room and pool were available for them, as well as tickets to several shows. The man explained they didn't use any of those things, to which the manager replied, "But you could have."