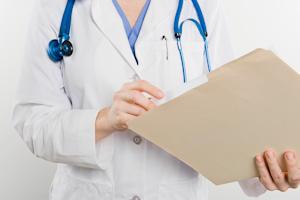 Perhaps you've heard of the man who thought he was dead, when in reality he was very much alive. His delusion became such a problem that his family finally paid for him to see a psychiatrist. The psychiatrist spent many laborious sessions trying to convince the man he was still alive. Nothing seemed to work.

"Do you now agree that dead men don't bleed?" the doctor asked.

"Very well, then," the doctor said. He took out a pin and pricked the patient's finger. Out came a trickle of blood. The doctor asked, "What does 'that' tell you?"

"Oh wow!" the patient exclaimed as he stared incredulously at his finger. "Dead men *do* bleed!!"