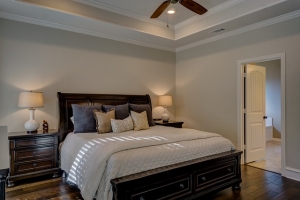 An old preacher was dying. He sent a message for an IRS agent and his lawyer, both church members, to come to his home.

When they arrived, they were ushered up to his bedroom. As they entered the room, the preacher held out his hands and motioned for them to sit on each side of the bed.

The preacher grasped their hands, sighed contentedly, smiled and stared at the ceiling.

For a time, no one said anything. Both the IRS agent and the lawyer were touched and flattered that the old preacher would ask them to be with him during his final moments. They were also puzzled; the preacher had never given them any indication he particularly liked either of them. They both remembered his many long, uncomfortable sermons about greed, covetousness and their avaricious behavior that made them squirm in their seats.

Finally, the lawyer said, "Preacher, why did you ask the two of us to come?"

The old preacher mustered up some strength, then said weakly, "Jesus died between two thieves, and that's how I want to go, too."