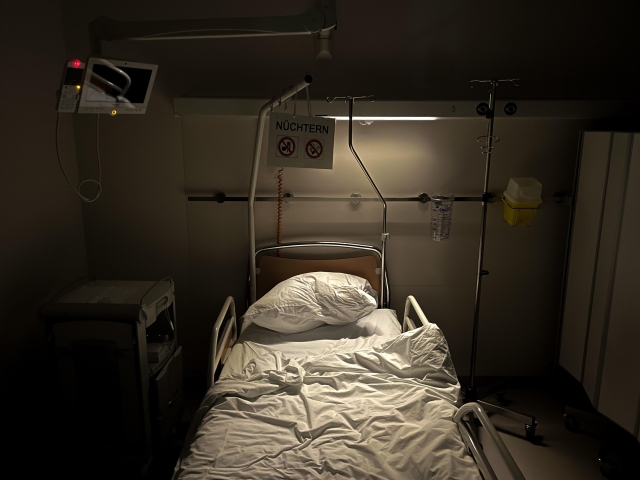 Ol' Fred had been a faithful Christian and was in the hospital, near death. The family called their preacher to stand with them.

As the preacher stood next to the bed, Ol' Fred's condition appeared to deteriorate and he motioned frantically for something to write on.

The pastor lovingly handed him a pen and a piece of paper, and Ol' Fred used his last bit of energy to scribble a note, then suddenly died. The preacher thought it best not to look at the note at that time, so he placed it in his jacket pocket.

At the funeral, as he was finishing the message, he realized that he was wearing the same jacket that he was wearing when Ol' Fred died. He said, "You know, Ol' Fred handed me a note just before he died. I haven't looked at it, but knowing Fred, I'm sure there's a word of inspiration there for us all."

He opened the note and read, "Please step to your left - you're standing on my oxygen tube!"