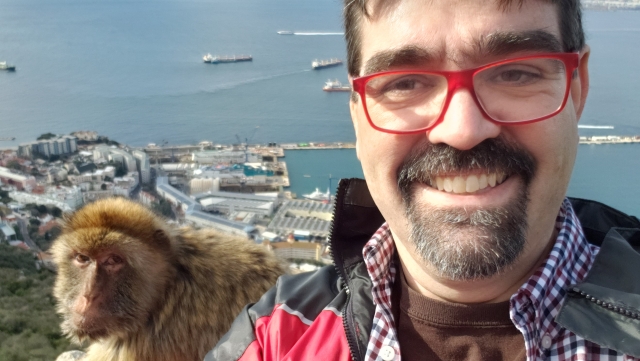 Sighting #1:
I was busy writing some computer program for one of my classes and my roommate asked me if he could use my coffee maker. I said, "Sure." The next thing I hear is, "Hey, where do you put the coffee?" I turn to see that he has filled the filter basket with water and is unsuccessfully trying to keep the water in the basket by plugging the hole at the bottom with his finger.  He and the floor are both covered with water.

Sighting #2:
I was at the airport, checking in at the gate, when the airport employee asked, "Has anyone put anything in your baggage without your knowledge?" I said, "If it was without my knowledge, how would I know?" He smiled and nodded knowingly, "That's why we ask."

Sighting #3:
The stoplight on the corner buzzes when it is safe to cross the street.  I was crossing with an intellectually challenged co-worker of mine, when she asked if I knew what the buzzer was for.  I explained that it signals to blind people when the light is red.  She responded, appalled, "What on earth are blind people doing driving?"

Sighting #4:
At a goodbye lunch for an old and dear co-worker who is leaving the company due to "rightsizing," our manager spoke up and said, "This is fun.  We should have lunch like this more often." Not another word was spoken.  We just looked at each other like deer staring into the headlights of an approaching truck.

Sighting #5:
I worked with an individual who plugged her power strip back into itself and for the life of her could not understand why her system would not turn on.

Sighting #6 (a rare "double sighting"):
A friend had a brilliant idea for saving disk space.  He thought if he put all his Microsoft Word documents into a tiny font they'd take up less room.  When he told me I was with another friend.  She thought it was a good idea too.

Sighting #7 (from Tech Support):
Tech Support: "How much free space do you have on your hard drive?"
Goober: "Well, my wife likes to get up there on that Internet, and she downloaded ten hours of free space.  Is that enough?"

Sighting #8 (from Tech Support):
Goober: Now what do I do?
Tech Support: What is the prompt on the screen?
Goober: It's asking for "Enter Your Last Name."
Tech Support: Okay, so type in your last name.
Goober: How do you spell that?