How To Survive to the End of a Horror Movie 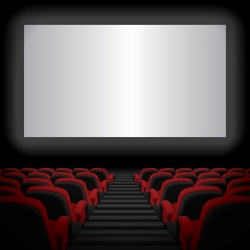 How To Survive To The End Of A Horror Movie

* When it appears that you have killed the monster, NEVER check to see if it's really dead.

* Never read a book of demon-summoning verses aloud, even as a joke.

* Do not search the basement, especially if the power has gone out.

* As a general rule, don't solve puzzles that open portals to Hell.

* If you're searching for something which caused a loud noise and find out that it's just the cat, GET OUT!

* If you find a town which looks deserted, there's probably a good reason for it.  Don't stop and look around.

* Don't fool with recombinant DNA technology unless you're sure you know that you're doing.

* If you're running from the monster, expect to trip or fall down at least twice.  Also note that, despite the fact that you are running and the monster is merely shambling along, it's still moving fast enough to catch up with you.

* If your car runs out of gas at night on a lonely road, do not go to the nearby deserted looking house to phone for help.  If you think that it is strange because you thought you had half of a tank, shoot yourself instead - You are going to die anyway, and most likely be eaten.

* When trying to escape from a serial killer, never run UPstairs.