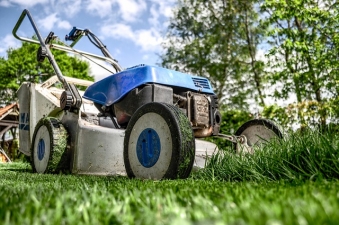 A small boy was pushing a gasoline-powered lawnmower down the street with a "For Sale" sign on it.

A man stopped him asked if the mower would run. The boy told him it would, so the man bought it.

A while later, the boy was walking past the man's house and saw him pulling repeatedly on the starting rope with no success.

The man noticed the boy and said, "I thought you told me this mower would run!"

The boy replied, "Well you have to use some cuss words to make it start."

The Man responded, "Son, I'm a preacher; I don't know any cuss words!"

"You keep pulling on that starter rope and some'll come to you!"